The world of Forex trading can seem quite confusing and overwhelming for beginners. Understanding all the nuances yourself is pretty tricky.

That is why we decided to determine what types all currencies are divided into and which type is best suited for beginners in Forex trading.

Which Forex Pairs to Trade?

A quote is the ratio of the prices of two currencies reflected in the value of the base currency expressed in the quoted.

Let's look at the example of the famous EUR/USD quote.

The currency that comes first (in this case, the euro) is called the base currency.

The currency that comes second (in this case, the dollar) is called the quoted currency.

This shows us how many US dollars we can buy in the Forex market for 1 euro.

There are many currencies worldwide and even more quotes because each currency can be expressed through many others.

Majors are the main instruments presented on the Forex market. Such quotes necessarily include USD and another currency of the country with the most developed economy.

The main advantage of these assets is the presence of the US dollar, regardless of whether it is the base or quoted. Its presence in the quote ensures high reliability and lower spreads of the trading instrument.

If you are new to Forex trading and looking for the easiest Forex pairs to trade, then consider Majors as your first choice.

According to statistics, more than one-third of the total volume of the traded instruments falls on this Major.

A huge plus is a high degree of predictability and ease of tracking. News from the US and the EU is always at the forefront.

At the moment, there is a trend of dollar growth against the euro due to the backdrop of the gas crisis in the Eurozone.

The second most popular Major, which is the easiest Forex pair to trade.

The prevalence of mentioned instruments is about 15% of the total volume of trade in the Forex market.

Unlike previous currencies, this asset is highly volatile and is best suited for short-term and aggressive trading.

Our top three are closed by an asset, which many traders have nicknamed Gopher, for its constancy and long-term stable trends.

The dollar/yen quote also accounts for about 15% of the total trading volume, which makes it extremely attractive for initial investment.

The main difference between the quotes of the American dollar and the Swiss franc is the inverse correlation with the most popular Majors. That is, if you notice that pairs such as EUR/USD or GBP/USD are falling rapidly, you can safely predict the growth of the Swiss franc.

Due to the ease of forecasting, this is the easiest Forex pair to trade.

The ratio of the Australian and American dollars is also a Major but less stable and more unpredictable.

When trading in such a position, you should constantly take into account the value of gold since the value of the Australian dollar is directly secured by gold mining in Australia.

Another Major displays the value of the US dollar against the Canadian dollar. Many traders jokingly call this Looney because of the image of a duck on the Canadian currency.

Such an asset is a good choice for beginners, as price movements are often very predictable. If oil prices are rising, you can safely predict an increase in the value of the Canadian dollar.

At the moment, oil is getting cheaper, which will lead to a fall in the exchange rate.

Minors do not have USD on any quote position. Thus, these pairs are less stable and often have higher spreads than Majors, which can make them less attractive.

However, such assets may contain euros, which can provide a fairly high level of liquidity. Keep this fact in mind to choose the best currency pairs to trade in Forex.

The quote containing the euro and the Canadian dollar is one of the most popular Minors pairs. Allows you to trade on the basis of the indicators of the Eurozone and Canada, as it does not take into account the value of the dollar.

This asset does not depend on such macroeconomic indicators as S&P 500 or NASDAQ Index.

Well suited for those newcomers who specialize in the Eurozone news agenda.

This asset shows how much Japanese yen it takes to buy 1 Swiss franc.

The quote is strongly influenced by the internal economic processes of Switzerland and Japan, which has a positive effect on the stability and liquidity of the trading instrument since both countries are highly advanced countries with developed economic infrastructure.

This is definitely one of the best Forex pairs to trade for beginners among the Minors.

Ideal for beginner traders who trade 24/5 and are able to produce high-quality technical analysis.

The quote of the Canadian dollar against the Japanese yen is one of the best currency pairs to trade for beginners of all Minors.

The economies of both countries are globalized, advanced, and influential, and their currencies are the third and sixth reserve currencies, respectively.

Since the long-term trend is quite stable, the best solution would be to trade on intraday time frames using this tool.

Another Minor is not popular in the world but is in demand in Asian markets.

Best suited for trading during the Pacific trading session.

This asset has a high level of sensitivity to macroeconomic indicators, which makes fundamental analysis simple and will help beginners in trading.

Exotic is the most unpopular type of asset. They necessarily consist of the US dollar and the currency of the developing country.

Trading on these pairs is associated with high spreads, unpredictable volatility, and low liquidity.

Shows the ratio of the US dollar to the Hong Kong dollar.

This instrument is popular with experienced traders who know how to follow local events in Asia and macroeconomic indicators.

Since Hong Kong is essentially a state within a state, it is also influenced by the decisions of the Chinese leadership, among other things.

Another Exotic which expresses the value of the dollar in Swedish Krona.

This differs from other exotics in that Sweden is a more developed country compared to the others presented in this section.

Against the backdrop of the latest news of Sweden's accession to NATO, this trading instrument is expected to grow rapidly.

The economic indicators of Singapore are in a stable positive trend, which allows using technical analysis tools to trade this trading instrument.

Despite the difficult economic situation in Africa, South Africa is a fairly wealthy country, which allows this asset to be very competitive in its niche.

It is worth considering local news agendas, as well as the volume of trade between South Africa and developed countries since the basis of the economy is export.

If you are a beginner and are curious about what is the best currency pair to trade, then stop your attention on the most stable and profitable instruments in the Majors section. This will provide you with a small but stable income.

However, the trading tools presented in the Minors and Exotic sections will allow you to earn more money per unit of your trading time, but the risks of such trading are also multiplied.

Use the knowledge gained in this article to trade successfully! 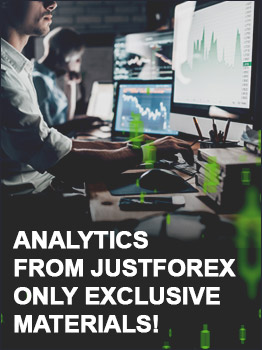 Last Articles
All Articles
What is the relationship between Black Friday and the stock market?
Black Friday is traditionally considered the day after Thanksgiving Day in the United States.
Read more
What is the difference between a white label and an introducing broker?
Let's note first that both are a certain type of partnership.
Read more
How to increase the likelihood of success in Forex trading?
This advice is subjective but based on many years of trader's experience.
Read more
Guides
All Guides
The Best Forex Pairs for Beginners
How to Buy and Sell Cryptocurrency
Forex Trading for Beginners in 2022